When people chose a pattern to stitch, they either pick something that is personal to them or something that they are enthusiastic about because it’s popular and you can’t get more popular than the current range of movies, comic book and TV show franchises from the likes of:

That means there is often high demand for patterns based on such popular images. But there’s a problem - these are multi-billion $ franchises and when they are doing licensing deals they are typically working at the multi-million $ level with other large, big-name, international companies. That’s why you see tie-ups with big-brand companies but not an independent, mom-and-pop shop, cross-stitch pattern maker. An independent cross-stitch maker is simply too small for them to deal with. 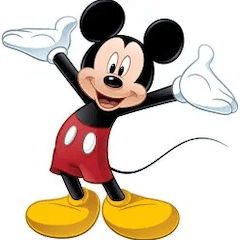 This means that when you see Marvel or Disney patterns for sale on eBay or Etsy, you can pretty much guarantee that they are unlicensed. You take a risk buying from such illegal sellers because they are mostly trading based on the demand for the images that they don’t own and will likely be shutting up shop as soon as the take-down notices arrive, so customer service and the quality of the product they produce may not be the top of their agenda - they are just not in it for the long haul, they are trying to make a quick buck. It’s basically the cross-stitch pattern equivalent of buying a car stereo from a man in a pub car-park. You must know that he’s not an official reseller of the brand … right?

When you see people selling patterns based on popular characters, especially those that do not enter into “trivial” low value licensing deals, know that they are no more legal than if you do a conversion yourself based on the official artwork or images. Just because someone has them for sale doesn’t mean they have been properly licensed (there have been instances of very well-know cross-stitch sellers getting caught selling patterns based on such unlicensed artwork and having to remove it).

Fan-art copyright violations are slightly harder to find and slightly less liable to be aggressively litigated but they are often subject to takedown notices and occasionally court action.

The latter is uncommon as most people lack the resources and have too much sense to fight a corporation such as Disney in court especially when legal precedence is not on their side.

There are many people who won’t purchase them but still want to stitch something that they are a big fan of. At the same time there are more reputable sellers who don’t want to get caught selling patterns based on unlicensed images from such powerful companies. So what do these people do?

Often, they turn to fan-art.

The thinking is that no-one is taking any of the actual images from any movie or comic, but creating an original art-work that looks very, very close, close enough that people mistake it for the real thing, will allow it to be sold, free of the original copyright restrictions.

Except it doesn’t work that way. They are not really ‘original’ creations - the characters and distinctive likeness are still subject to copyright, not just each frame of a movie. Otherwise, why couldn’t I start my own “Arachnid-Boy” super-hero cartoon telling the story of Pedro Parker, or create a “Space Wars: Return of the Jebi” movie about the battle between “Dark Vader” and the “Skystrider” family? Or how about I sell a picture of “Evil Queen” even though it’s obviously really Disney’s Maleficent?

Using fan art is typically a trick to pretend that a pattern is legal when it really still isn’t.

Yes, permissions has been given by the artist who created the fan-art. They may even have been paid. But they don’t themselves have the right to create derivative works based on those characters, certainly not work for reproduction as any form of merchandise - they don’t own the rights to those characters to use them unless they themselves have licensed them from Disney or whoever.

That is not what fan-art is about - it’s intended to simply be something fans create for themselves, not a way for commercialization without permission and without licensing fees. There are provisions under copyright for “fair-use”. but only involving criticism or parody and most times neither of these apply - you are aiming for an accurate and recognizable representation of the characters after all.

Some companies may turn a blind-eye to fan-art or even actively encourage community engagement, sometimes producing “fan art kits” with media assets to use as a form of viral product marketing (more common with computer games) but it’s rarely to be used in unofficial commercial merchandise.

The ‘trick’ of giving something a different name and pretending it’s nothing todo with the real character (when it obviously is) simply to try and avoid being found by the copyright holder may mean you escape for a while and make money selling such unlicensed patterns, but it doesn’t make it any more legal than the sellers on eBay and Etsy using the real images. The giveaway that the seller knows it’s not really legal is not calling it what it is.

So where does this leave the cross-stitcher who desperately wants to stitch an image of the character they are passionate about?

The reality is that if you paint a Star Wars character on your kids bedroom wall, Disney are not going to come and kick your door in. These are big corporations but that doesn’t make them evil - they invest in creating the great characters and movies we all know and love, employ a lot of people to do so and want to protect the quality of the merchandise that their customers purchase. They go after the people trying to illegally profit from their creations, often selling inferior products (which a pattern based on a “not-quite Maleficent” image may be).

Maybe this is where the true meaning of fan-art comes in - creating something yourself, for yourself. If you really are compelled to stitch something, create a pattern for your own use only, to stitch, to love, to enjoy. Don’t do it because you see it as an opportunity to make money and don’t start selling or distributing the pattern you create. You can of course base this on your own fan-art or someone else’s, but then you may as well stitch a proper picture of the character as stitch one based off someone else’s drawing - it’s still the character and protected by copyright so no more or less “licensed”.

First though, always look to see if there is a proper licensed seller - you’ll be able to tell if it is licensed because if it really is, they will say so (and won’t be selling them for $3 on eBay). You may have to pay more, but you should - because the person who has licensed the artwork properly deserves to be paid as does the copyright owner they have licensed it from. If you want licensed art to be available to stitch, you have to support those licensing it, not the people creating rip-off copies. 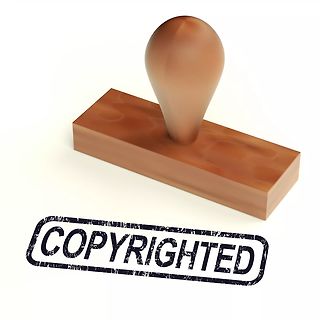 Step-by-Step Guide to Charting with Thread-Bare 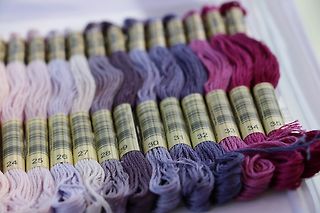 Are There Problems With the 01-35 DMC Thread Colors?

What it is, how it works and if you should use it 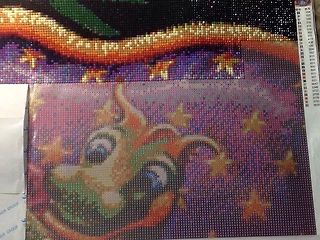 Two crafts with lots of overlap

Changing the Perception of Cross-Stitching - One Stitch at a Time

It's time to lose the kitschy granny stereotype